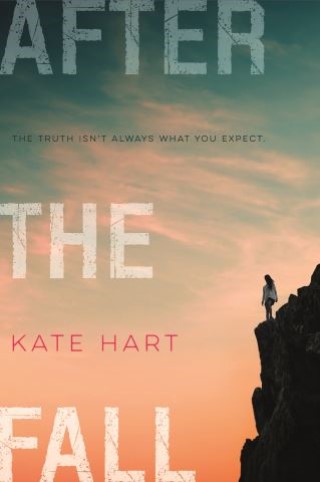 Seventeen-year-old Raychel is sleeping with two boys: her overachieving best friend Matt…and his slacker brother, Andrew. Raychel sneaks into Matt’s bed after nightmares, but nothing ever happens. He doesn’t even seem to realize she’s a girl, except when he decides she needs rescuing. But Raychel doesn't want to be his girl anyway. She just needs his support as she deals with the classmate who assaulted her, the constant threat of her family’s eviction, and the dream of college slipping quickly out of reach. Matt tries to help, but he doesn’t really get it… and he’d never understand why she’s fallen into a secret relationship with his brother. The friendships are a precarious balance, and when tragedy strikes, everything falls apart. Raychel has to decide which pieces she can pick up – and which ones are worth putting back together.

Kate Hart: Kate Hart has worked as a teacher and grantwriter and currently builds treehouses. She is a blogger for YA Highway and hosts the Badass Ladies You Should Know series online. After the Fall is her first novel. She lives in northwest Arkansas.