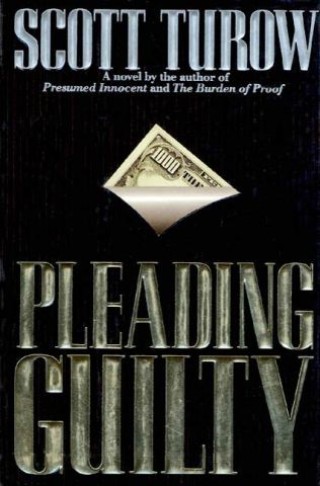 Scott Turow's Pleading Guilty takes us back to Kindle County, where skies are generally gray and the truth is seldom simple, in an edge-of-the-chair story rife with indelible characters and riveting suspense.

The star litigator from a top-notch law firm has gone missing, along with 5.6 million dollars from a class-action settlement, and "Mack" Malloy, a foul-mouthed ex-cop and partner-on-the-wane must find both. Immediately.

Scott Turow: Scott Turow is the author of worldwide bestselling novels including Presumed Innocent, Innocent, Ordinary Heroes, The Burden of Proof, Reversible Errors and Limitations. His works of nonfiction include One L, his journal from his first year at law school, and Ultimate Punishment, which he wrote after serving on the Illinois commission that investigated the administration of the death penalty and influenced Governor George Ryan's unprecedented commutation of the sentences of 164 death row inmates on his last day in office. Ultimate Punishment won the Robert F. Kennedy Book Award. He lives outside Chicago, where he is partner in the firm of SNR Denton (formerly Sonnenschein, Nath & Rosenthal).