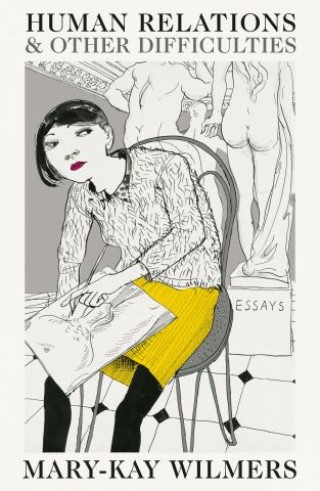 Human Relations and Other Difficulties

An incisive collection of essays by the editor of the London Review of Books, whom Hilary Mantel has called “a presiding genius”

Mary-Kay Wilmers cofounded the London Review of Books in 1979, and has been its sole editor since 1992. Her editorial life began long before that: she started at Faber and Faber in the time of T. S. Eliot, then worked at the Listener, and then at the Times Literary Supplement. As John Lanchester says in his introduction, she has been extracting literary works from reluctant writers for more than fifty years.

As well as an editor, Mary-Kay Wilmers is, and has been throughout her career, a writer. The deeply considered pieces in Human Relations and Other Difficulties, whether on Jean Rhys, Alice James, a nineteenth-century edition of the Pears’ Cyclopaedia, novel reviewing, Joan Didion, mistresses, seduction, or her own experience of parenthood, are sparkling, funny, and absorbing.

Underlying all these essays is a concern with the relation between the genders: the effect men have on women, and the ways in which men limit and frame women’s lives. Wilmers holds these patterns up to cool scrutiny, and gives a crisp and sometimes cutting insight into the hard work of being a woman.

Mary-Kay Wilmers: Mary-Kay Wilmers is the co-founder and longtime editor of the LRB. After a childhood spent in America, Belgium and England, Wilmers went to Oxford to read French and Russian. She is the author of The Eitingons, a book about her family and their cold war deeds and misdeeds, which the Daily Telegraph called “transfixingly readable.