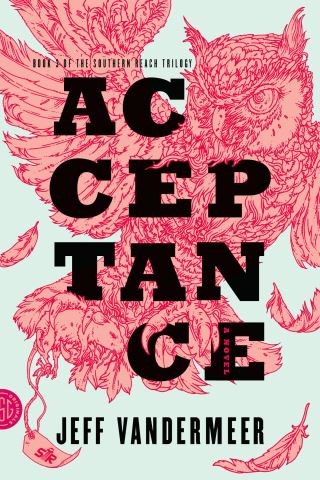 It is winter in Area X, the mysterious wilderness that has defied explanation for thirty years, rebuffing expedition after expedition, refusing to reveal its secrets. As Area X expands, the agency tasked with investigating and overseeing it--the Southern Reach--has collapsed on itself in confusion. Now one last, desperate team crosses the border, determined to reach a remote island that may hold the answers they've been seeking. If they fail, the outer world is in peril.

Meanwhile, Acceptance tunnels ever deeper into the circumstances surrounding the creation of Area X--what initiated this unnatural upheaval? Among the many who have tried, who has gotten close to understanding Area X--and who may have been corrupted by it?

In this last installment of Jeff VanderMeer's Southern Reach trilogy, the mysteries of Area X may be solved, but their consequences and implications are no less profound--or terrifying.

Jeff VanderMeer: Jeff VanderMeer is an award-winning novelist and editor. His fiction has been translated into twenty languages and has appeared in the Library of America's American Fantastic Tales and in multiple year's-best anthologies. He writes nonfiction for The Washington Post, The New York Times Book Review, the Los Angeles Times, and The Guardian, among others. He grew up in the Fiji Islands and now lives in Tallahassee, Florida, with his wife.