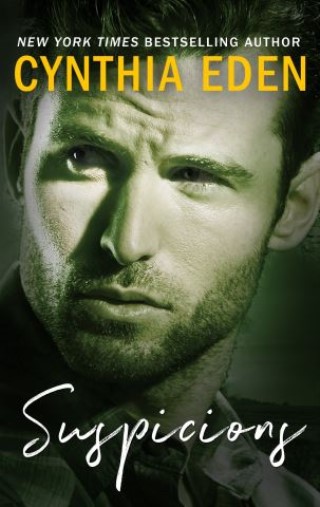 Everyone’s a suspect in the beloved third book in New York Times bestselling author Cynthia Eden’s The Battling McGuire Boys series, which was originally published by Harlequin Intrigue in 2015.

Mark Montgomery will never forget the night Ava McGuire galloped onto his ranch terrified out of her mind. Once he’d saved his best friend’s sister from harm, the hardest part was letting her go. Now she’s seeking safe haven again—and rekindling desire that will engulf them both.

Uncovering the truth about that long-ago night plunges Ava into a world where no one can be trusted. Except maybe the rancher she has loved for years… But with a vengeful killer stalking them and passion drawing them inexorably closer, will Mark’s secrets be their downfall…?

Cynthia Eden: Cynthia Eden is a New York Times and USA Today best-selling author. She writes dark tales of  romantic suspense and paranormal romance. Her books have received starred reviews from Publishers Weekly, and  was named a 2013 RITA® finalist for best romantic suspense. Cynthia lives in the Deep South, loves horror movies, and has an addiction to chocolate. More information about Cynthia may be found at www.cynthiaeden.com.