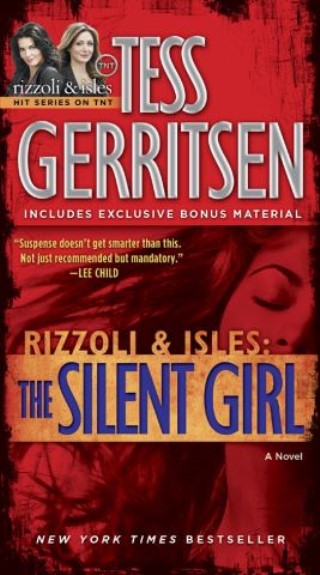 In the murky shadows of Boston’s Chinatown lies a severed hand. On the tenement rooftop above is the corpse belonging to that hand, a red-haired woman dressed in black, her head nearly decapitated. Two strands of silver hair—not human—cling to her body. They are homicide cop Jane Rizzoli’s only clues, but they’re enough for her and medical examiner Maura Isles to make the startling discovery: that this violent death had a chilling prequel. Nineteen years earlier, a horrifying murder-suicide in a Chinatown restaurant left five people dead. One woman connected to that massacre is still alive—a mysterious martial arts master who is now the target of someone, or something, deeply and relentlessly evil. Cracking a crime with bone-chilling echoes of an ancient Chinese legend, Rizzoli and Isles must outwit an unseen enemy with centuries of cunning—and a swift, avenging blade.

Don’t miss Tess Gerritsen’s short story “Freaks” in the back of the eBook.

Tess Gerritsen: New York Times bestselling author Tess Gerritsen earned international acclaim for her first novel of suspense, Harvest. She introduced detective Jane Rizzoli in The Surgeon (2001) and Dr. Maura Isles in The Apprentice (2002) and has gone on to write numerous other titles in the celebrated Rizzoli & Isles series, including The Mephisto Club, The Keepsake, Ice Cold, The Silent Girl, Last to Die, and Die Again. Her latest novel is the standalone thriller Playing with Fire. A physician, Tess Gerritsen lives in Maine.