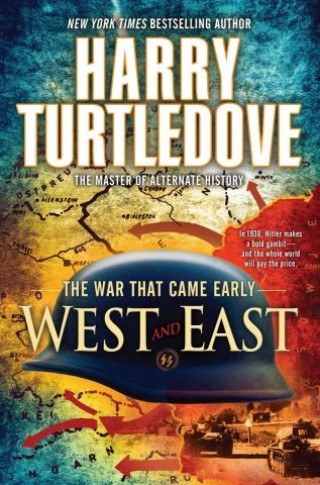 BONUS: This edition contains an excerpt from Harry Turtledove's The War That Came Early: The Big Switch.

What if British prime minister Neville Chamberlain had defied Hitler? What if the Munich Accord had gone unsigned, and Nazi Germany had launched its bid for conquest sooner? How would World War II have unfolded—and with what consequences? Dean of alternate history Harry Turtledove has the stunning answers in his breathtaking sequel to Hitler’s War.

In the wake of Hitler’s bold invasion of Czechoslovakia, nations turn against nations, old enemies form new alliances, and ordinary men and women confront extraordinary life-and-death situations. An American marine falls in love with a Russian dancer in Japanese-held Singapore, as Chinese guerilla resistance erupts. A sniper on the frontlines of France finds a powerful new way to ply his deadly art—while a German assassin hunts him. In the icy North Atlantic, as a U-boat with a secret weapon wreaks havoc on British ships, occupying Nazi forces target Denmark. And in Germany, a stranded American woman encounters Hitler himself, as a Jewish family faces the rising tide of hatred. From Siberia to Spain, armies clash, sides are chosen, new weapons raise the deadly ante, and new strategies seek to break a growing stalemate. But one question hangs over the conflict from West to East: What will it take to bring America into this war?