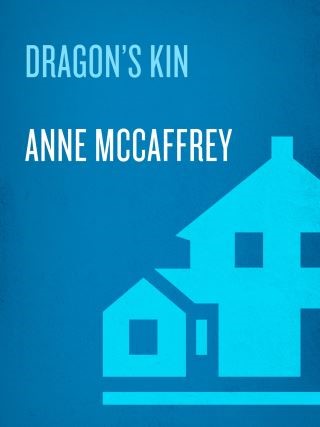 “Personable characters and superb storytelling make this an excellent choice. . . . Essential for Pern fans of all ages.”—Library Journal (starred review)

The son of a miner, Kindan has no expectations for any other life. He loves his lessons with the camp’s harper, but music isn’t part of a miner’s future. He also enjoys helping out with the camp’s watch-wher— a creature distantly related to dragons and uniquely suited to work in dark, cold spaces—but even that important job can’t promise a future above the ground. Then disaster strikes. In one terrible instant, Kindan loses his family and the camp loses its watch-wher. It will take a new friendship and a new responsibility to teach Kindan that even a seemingly impossible dream is never out of reach . . . and that light can be found in the deepest darkness.

“A guaranteed pleaser [in] one of SF’s most splendid and longest-lived sagas.”—Booklist

“Another delightful entry in the Pern series.”—Publishers Weekly

Anne McCaffrey: Anne McCaffrey, one of the world’s most popular authors, is best known for her Dragonriders of Pern® series. She was the first woman to win the two top prizes for science fiction writing, the Hugo and Nebula awards. She was also given the American Library Association’s Margaret A. Edwards Award for Lifetime Literary Achievement in Young Adult Fiction, was inducted into the Science Fiction Hall of Fame, and was named a Science Fiction Writers of America Nebula Grand Master. Born in Cambridge, Massachusetts, in 1926, McCaffrey relocated to Ireland in the 1970s, where she lived in a house of her own design, named Dragonhold-Underhill. She died in 2011.

Todd McCaffrey, Anne’s son, is a computer engineer living in Los Angeles. He is currently working on a solo Dragonriders of Pern novel, Dragonsblood.