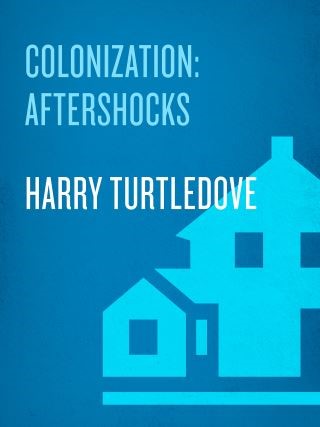 “ONE OF THE MOST MEMORABLE SERIES OF ALTERNATIVE HISTORY NOVELS EVER WRITTEN.”
–Science Fiction Age

World War II has evolved into decades of epic struggles and rebellions targeting the aliens known as the Race. As the 1960s begin, one of Earth’s great powers launches a nuclear strike against the Race’s colonization fleet–and the merciless invaders find themselves confronting a far more complex and challenging species than any they have encountered before. Ultimately, only superior firepower may keep Earth under the Empire’s control–or it may destroy the world. While uprisings and aftershocks of war shake the planet, one nation plots a stunning counterattack . . .

“Hugo winner Turtledove lives up to his billing as the grand master of alternative history. . . . This novel is altogether excellent.”
–Publishers Weekly (starred review)

Harry Turtledove: Harry Turtledove is the award-winning author of the alternate-history works The Man with the Iron Heart, The Guns of the South, and How Few Remain (winner of the Sidewise Award for Best Novel); the War That Came Early novels: Hitler’s War, West and East, The Big Switch, Coup d’Etat, and Two Fronts; the Worldwar saga: In the Balance, Tilting the Balance, Upsetting the Balance, and Striking the Balance;the Colonization books: Second Contact, Down to Earth, and Aftershocks; the Great War epics: American Front, Walk in Hell, and Breakthroughs; the American Empire novels: Blood & Iron, The Center Cannot Hold, and Victorious Opposition; and the Settling Accounts series: Return Engagement, Drive to the East, The Grapple, andIn at the Death. Turtledove is married to fellow novelist Laura Frankos. They have three daughters: Alison, Rachel, and Rebecca.