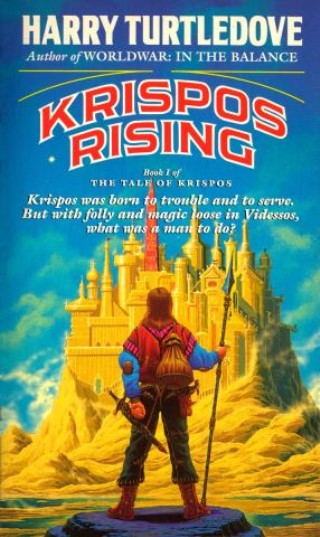 Videssos was beset by enemies abroad and had fallen into decadence at home. But on his first night in the imperial capital, The Empire’s health mattered less to Krispos than finding a dry place to sleep.

Driven by crushing taxes from the farm where his family had lived—and died—Krispos had come to the. city seeking what fortune a good mind and a strong back could earn. He had a single goldpiece to his name—the gift, years past, of a nomad chieftain to a ragged peasant boy. Now, though the night was raw and the inn was warm, he was loath to spend that coin, for the barbarian had claimed it carried magic.

Keep his lucky goldpiece or trade it for a warm, dry bed? Krispos tucked the coin away and stepped back into the wet streets—all unaware that so simple a choice would lead to a world of peril and possibility. . . .