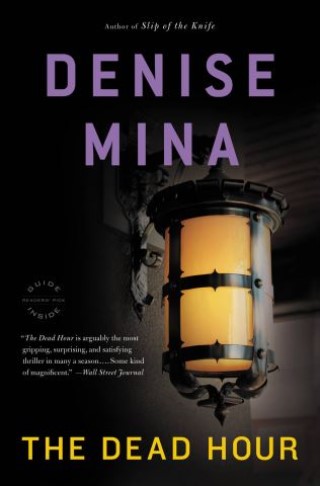 The most praised thriller writer to burst onto the scene in years returns with a brilliant story of suicide, murder, violence, and greed.

Responding to a late night-call, Paddy Meehan arrives at an elegant villa, where a calm blonde with blood running from her mouth answers the door. She has already convinced the police to leave and soon Paddy realizes how: she slips 50 bucks into Paddy's hands and begs her to keep the incident, whatever it is, out of the press.

The next morning Paddy sees the lead news story: The blonde woman has been murdered, and far from the spoiled trophy wife Paddy assumed her to be, the victim turns out to be a prosecution lawyer with a social conscience.

Bewildered why the woman didn't take the chance to leave the house when she could, Paddy begins to make connections no one else has seen. When she witnesses the body of a suicide victim being pulled from the river shortly afterward, Paddy suspects links between the two deaths and follows her idea to its shocking -- and deadly -- conclusion.