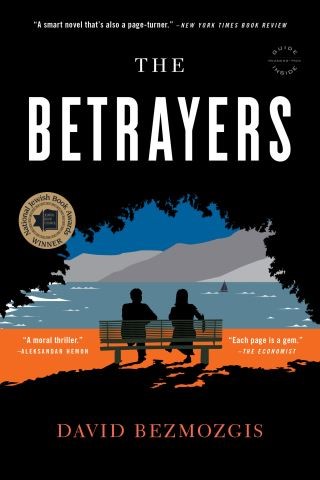 These incandescent pages give us one fraught, momentous day in the life of Baruch Kotler, a Soviet Jewish dissident who now finds himself a disgraced Israeli politician. When he refuses to back down from a contrary but principled stand regarding the settlements in the West Bank, his political opponents expose his affair with a mistress decades his junior, and the besieged couple escapes to Yalta, the faded Crimean resort of Kotler's youth. There, shockingly, Kotler encounters the former friend whose denunciation sent him to the Gulag almost forty years earlier.

In a whirling twenty-four hours, Kotler must face the ultimate reckoning, both with those who have betrayed him and with those whom he has betrayed, including a teenage daughter, a son facing his own moral dilemma in the Israeli army, and the wife who once campaigned to secure his freedom and stood by him through so much.

Stubborn, wry, and self-knowing, Baruch Kotler is one of the great creations of contemporary fiction. An aging man grasping at a final passion, he is drawn inexorably into a crucible that is both personal and biblical in scope.

In prose that is elegant, sly, precise, and devastating in its awareness of the human heart, David Bezmozgis has rendered a story for the ages, an inquest into the nature of fate and consequence, love and forgiveness. The Betrayers is a high-wire act, a powerful tale of morality and sacrifice that will haunt readers long after they turn the final page.