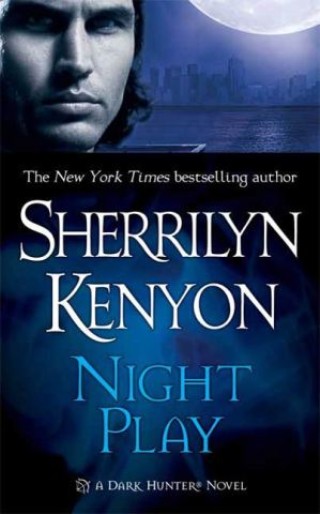 Bride McTierney has had it with men. They're cheap, self-centered, and never love her for who she is. But though she prides herself on being independent, deep down she still yearns for a knight in shining armor.

She just never expected her knight in shining armor to have a shiny coat of fur...

Deadly and tortured, Vane Kattalakis isn't what he seems. Most women lament that their boyfriends are dogs. In Bride's case, hers is a wolf. A Were-Hunter wolf. Wanted dead by his enemies, Vane isn't looking for a mate. But the Fates have marked Bride as his. Now he has three weeks to either convince Bride that the supernatural is real or he will spend the rest of his life neutered--something no self-respecting wolf can accept...

But how does a wolf convince a human to trust him with her life when his enemies are out to end his? In the world of the Were-Hunters, it really is dog-eat-dog. And only one alpha male can win.

In the past two years, New York Times bestselling author Sherrilyn Kenyon has claimed the #1 spot twelve times, and since 2004, she has placed more than 50 novels on the New York Times list. This extraordinary bestseller continues to top every genre she writes. With more than 23 million copies of her books in print in over 30 countries, her current series include: The Dark-Hunters, The League, Lords of Avalon, BAD Agency, Chronicles of Nick and Nevermore. A preeminent voice in paranormal fiction, Kenyon helped pioneer and define the current paranormal trend that has captivated the world. She lives with her husband, three sons, a menagerie of animals and a collection of swords.