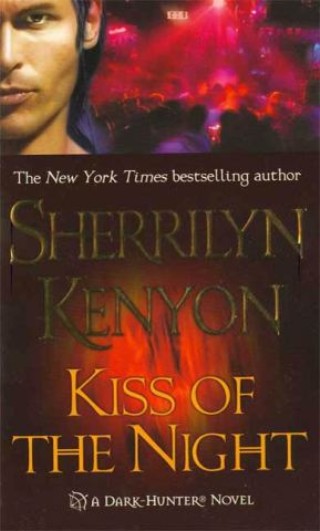 Kiss of the Night

Wulf is an ancient Viking warrior with a useful but extremely aggravating power-amnesia. No one who meets him in person can remember him 5 minutes later. It makes it easy to have one-night stands, but hard to have a meaningful relationship, and without true love he can never regain his soul. When he finally meets Cassandra, the one woman who can remember him, she turns out to be the princess of the cursed race he's sworn to hunt-and forbidden to him. The two of them must face ancient curses, prophecies, and the direct meddling of the Greek gods to find true happiness at last.

In the past two years, New York Times bestselling author Sherrilyn Kenyon has claimed the #1 spot twelve times, and since 2004, she has placed more than 50 novels on the New York Times list. This extraordinary bestseller continues to top every genre she writes. With more than 23 million copies of her books in print in over 30 countries, her current series include: The Dark-Hunters, The League, Lords of Avalon, BAD Agency, Chronicles of Nick and Nevermore. A preeminent voice in paranormal fiction, Kenyon helped pioneer and define the current paranormal trend that has captivated the world. She lives with her husband, three sons, a menagerie of animals and a collection of swords.