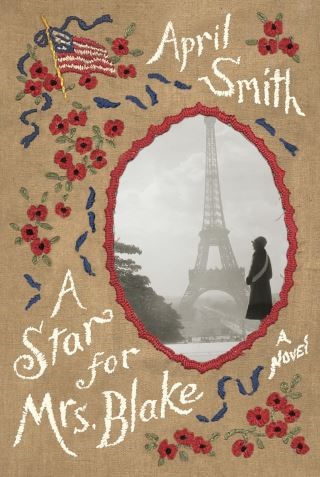 A Star for Mrs. Blake

The United States Congress in 1929 passed legislation to fund travel for mothers of the fallen soldiers of World War I to visit their sons’ graves in France. Over the next three years, 6,693 Gold Star Mothers made the trip. In this emotionally charged, brilliantly realized novel, April Smith breathes life into a unique moment in American history, imagining the experience of five of these women.

They are strangers at the start, but their lives will become inextricably intertwined, altered in indelible ways. These very different Gold Star Mothers travel to the Meuse-Argonne American Cemetery to say final good-byes to their sons and come together along the way to face the unexpected: a death, a scandal, and a secret revealed.

None of these pilgrims will be as affected as Cora Blake, who has lived almost her entire life in a small fishing village off the coast of Maine, caring for her late sister’s three daughters, hoping to fill the void left by the death of her son, Sammy, who was killed on a scouting mission during the final days of the war. Cora believes she is managing as well as can be expected in the midst of the Depression, but nothing has prepared her for what lies ahead on this unpredictable journey, including an extraordinary encounter with an expatriate American journalist, Griffin Reed, who was wounded in the trenches and hides behind a metal mask, one of hundreds of “tin noses” who became symbols of the war.

With expert storytelling, memorable characters, and beautiful prose, April Smith gives us a timeless story, by turns heartwarming and heartbreaking, set against a footnote of history––little known, yet unforgettable.

April Smith: April Smith is the author of the successful novels featuring FBI Special Agent Ana Grey as the central character.  She is also an Emmy-nominated television writer and producer.  In her research for A Star for Mrs. Blake, she traveled to Maine, New York City, Paris, Verdun, and the Meuse-Argonne American Cemetery. Her home base is Santa Monica, California, where she lives with her husband.