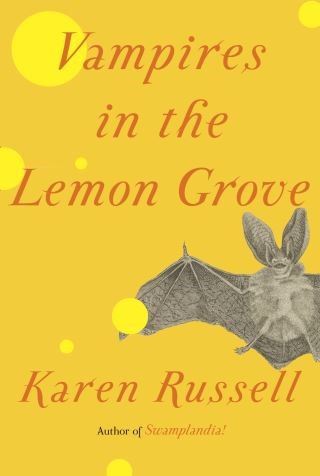 Vampires in the Lemon Grove

From the author of the novel Swamplandia!—a finalist for the Pulitzer Prize—comes a magical and uniquely daring collection of stories that showcases the author’s gifts at their inimitable best.

Within these pages, a community of girls held captive in a Japanese silk factory slowly transmute into human silkworms and plot revolution; a group of boys stumble upon a mutilated scarecrow that bears an uncanny resemblance to a missing classmate that they used to torment; a family’s disastrous quest for land in the American West has grave consequences; and in the marvelous title story, two vampires in a sun-drenched lemon grove try to slake their thirst for blood and come to terms with their immortal relationship.


Named a Best Book of the Year by:
The Boston Globe
O, The Oprah Magazine
Huffington Post
The A.V. Club

A Washington Post Notable Book
An NPR Great Read of 2013

Karen Russell: Karen Russell, a native of Miami, won the 2012 National Magazine Award for fiction, and her first novel, Swamplandia! (2011), was a finalist for the Pulitzer Prize. She is a graduate of the Columbia MFA program, a 2011 Guggenheim Fellow, and a 2012 Fellow at the American Academy in Berlin. She lives in Philadelphia.