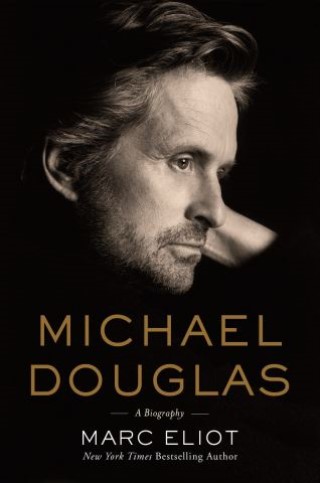 A groundbreaking portrait of one of Hollywood’s most successful stars, from critically acclaimed  and bestselling biographer Marc Eliot

Through determination, inventiveness, and charisma, Michael Douglas emerged from the long shadow cast by his movie-legend father, Kirk Douglas, to become his own man and one of the film industry’s most formi­dable players.

Overcoming the curse of failure that haunts the sons and daughters of Hollywood celebrities, Michael became a sensation when he successfully brought One Flew Over the Cuckoo’s Nest, starring his friend Jack Nicholson, to the screen after numerous setbacks, including his father’s own failed attempts to make it happen. This 1975 box-office phenomenon won Michael his first Oscar (the film won five total, including Best Picture), an award Kirk hadn’t won at the time, and solidified the turbulent, competitive father-son relationship that would shape Michael’s career and personal life.

In the decades that followed, Michael established a reputation for taking chances on new talent and proj­ects by producing and starring in the hugely successful Romancing the Stone and Jewel of the Nile movies, while cultivating a multifaceted acting persona—edgy, rebel­lious, and a little dark—in such films as Wall Street, Fatal Attraction, Basic Instinct, and Disclosure.

Yet as his career thrived, Michael’s personal life floundered, with an unhappy and tumultuous first mar­riage, rumors of infidelity (especially with leading ladies such as Kathleen Turner), and a headline-grabbing stint in rehab. Rocked by a series of tragedies, including Kirk’s strokes, his son Cameron’s incarceration, and his own fight against throat cancer, Michael has emerged trium­phant, healthy, and happy in his marriage to Catherine Zeta-Jones, a Welsh actress twenty-five years his junior, and their new young family.

In Michael Douglas, Marc Eliot brings into sharp fo­cus this incredible career, complicated personal life, and legendary Hollywood family. Eliot’s fascinating portrait of the lows and remarkable highs in Michael’s life—in­cluding the thorny yet influential relationship with his father—breaks boundaries in understanding the life and work of a true American film star.

Marc Eliot: MARC ELIOT is the New York Times bestselling author of more than a dozen books on popular culture, among them the highly acclaimed biographies Jimmy Stewart, Cary Grant, American Rebel: The Life of Clint Eastwood, and Steve McQueen. He divides his time among the east and west coasts, and Asia.