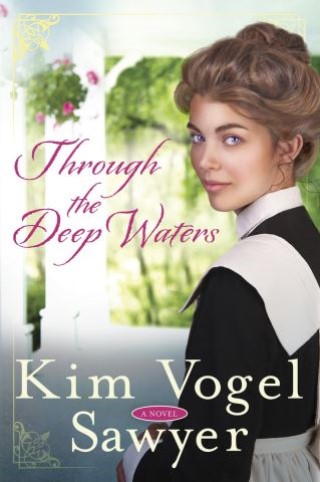 Through the Deep Waters

Born to an unloving prostitute in a popular Chicago brothel, timid seventeen-year-old Dinah Hubley was raised amidst the secrets held in every dark, grimy room of her home. Anxious to escape, Dinah pursues her dream of becoming a Harvey Girl, waiting tables along the railroad in an upscale hotel. But when she finds out she isn’t old enough, her only option is to accept a job as a chambermaid at the Clifton Hotel in Florence, Kansas. Eager to put everything behind her, Dinah feels more worthless than ever, based on a single horrible decision she made to survive.

The Clifton offers a life Dinah has never known, but blinded to the love around her, Dinah remains buried in the shame of her past. When a handsome chicken farmer named Amos Ackerman starts to show interest, Dinah withdraws further, convinced no one could want a sullied woman like her.  Despite his self-consciousness about his handicapped leg and her strange behavior, Amos resolves to show Dinah Christ’s love. But can she ever accept a gift she so desperately needs?

Kim Vogel Sawyer: Kim Vogel Sawyer is a best-selling author highly acclaimed for her gentle stories of hope. More than one million copies of her books are in print and have garnered awards including the ACFW Carol Award, the Inspirational Readers Choice Award, and the Gayle Wilson Award of Excellence. Kim lives in Kansas, where she and her retired military husband, Don, run a bed-and-breakfast inn with the help of their four feline companions. She enjoys spending time with her three daughters and nine grandchildren.