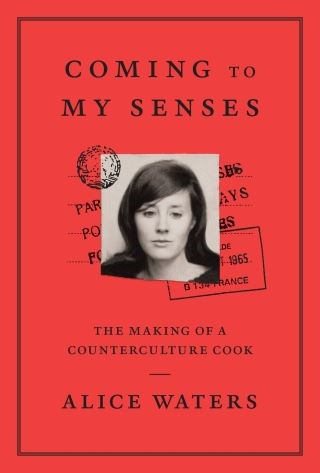 Coming to My Senses

The Making of a Counterculture Cook

The New York Times bestselling and critically acclaimed memoir from cultural icon and culinary standard bearer Alice Waters recalls the circuitous road and tumultuous times leading to the opening of what is arguably America's most influential restaurant.

When Alice Waters opened the doors of her "little French restaurant" in Berkeley, California in 1971 at the age of 27, no one ever anticipated the indelible mark it would leave on the culinary landscape—Alice least of all. Fueled in equal parts by naiveté and a relentless pursuit of beauty and pure flavor, she turned her passion project into an iconic institution that redefined American cuisine for generations of chefs and food lovers. In Coming to My Senses Alice retraces the events that led her to 1517 Shattuck Avenue and the tumultuous times that emboldened her to find her own voice as a cook when the prevailing food culture was embracing convenience and uniformity.  Moving from a repressive suburban upbringing to Berkeley in 1964 at the height of the Free Speech Movement and campus unrest, she was drawn into a bohemian circle of charismatic figures whose views on design, politics, film, and food would ultimately inform the unique culture on which Chez Panisse was founded. Dotted with stories, recipes, photographs, and letters, Coming to My Senses is at once deeply personal and modestly understated, a quietly revealing look at one woman's evolution from a rebellious yet impressionable follower to a respected activist who effects social and political change on a global level through the common bond of food.

Alice Waters: ALICE WATERS is the executive chef, founder, and owner of Chez Panisse Restaurant and Café in Berkely, California.  She founded the Edible Schoolyard and has received the French Legion of Honor, WSJ Magazine Humanitarian Innovator Award, and three James Beard Awards.  Alice is Vice President of Slow Food International and the author of thirteen books. Her most recent books are My Pantry, The Art of Simple Food II, 40 Years of Chez Panisse, and In the Green Kitchen.  She lives in Berkeley, California.