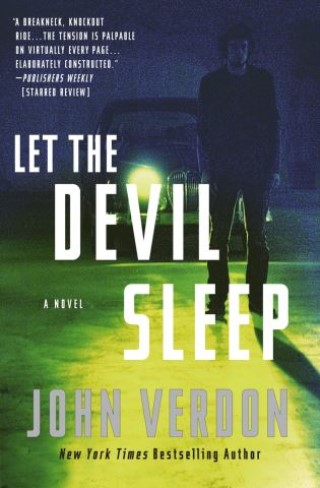 In this latest novel from bestselling author John Verdon, ingenious puzzle solver Dave Gurney puts under the magnifying glass a notorious serial murder case – one whose motives have been enshrined as law-enforcement dogma - and discovers that everyone has it wrong.

The most decorated homicide detective in NYPD history, Dave Gurney is still trying to adjust to his life of quasi-retirement in upstate New York when a young woman who is producing a documentary on a notorious murder spree seeks his counsel.  Soon after, Gurney begins feeling threatened: a razor-sharp hunting arrow lands in his yard, and he narrowly escapes serious injury in a booby-trapped basement.  As things grow more bizarre, he finds himself reexamining the case of The Good Shepherd, which ten years before involved a series of roadside shootings and a rage-against-the-rich manifesto.  The killings ceased, and a cult of analysis grew up around the case with a consensus opinion that no one would dream of challenging  -- no one, that is, but Dave Gurney.

Mocked even by some who’d been his supporters in previous investigations, Dave realizes that the killer is too clever to ever be found.  The only gambit that may make sense is also the most dangerous – to make himself a target and get the killer to come to him.

To survive, Gurney must rely on three allies: his beloved wife Madeleine, impressively intuitive and a beacon of light in the gathering darkness; his de-facto investigative “partner” Jack Hardwick, always ready to spit in authority’s face but wily when it counts; and his son Kyle, who has come back into Gurney’s life with surprising force, love and loyalty.

Displaying all the hallmarks for which the Dave Gurney series is lauded -- well-etched characters, deft black humor, and ingenious deduction that ends in a climactic showdown – Let the Devil Sleep is something more: a reminder of the power of self-belief in a world that contains too little of it.

John Verdon: JOHN VERDON is a former Manhattan advertising executive who lives with his wife in the mountains of  upstate New York.  His first two Dave Gurney novels, Think of a Number and Shut Your Eyes Tight, are both international bestsellers.