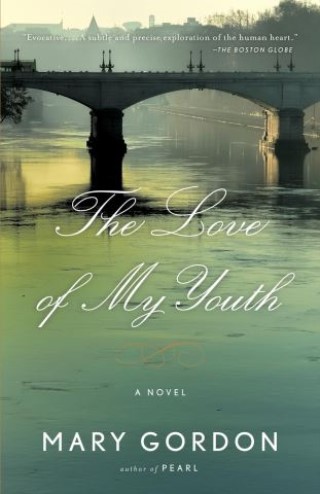 The Love of My Youth

From the acclaimed author of Pearl and Final Payments comes a beautifully choreographed novel about first lovers meeting again after more than thirty years and reimmersing themselves in their shared past.

Miranda and Adam, high-school sweethearts now in their late fifties, arrive by chance at the same time in Rome, a city where they once spent a summer deeply in love, living together blissfully. At an awkward reunion, the two—who parted in an atmosphere of passionate betrayal in the 1960s and haven’t seen each other since—are surprised to discover that they may have something to talk about. Both have their own guilt, their sense of who betrayed whom, and their long-held interpretation of the events that caused them not to marry and to split apart into the lives they’ve led since—both are married to others, with grown children. For the few weeks they are in Rome, Adam suggests that they meet for daily walks and get to know each other again. Gradually, as they take in the pleasures of the city and the drama of its streets, they discover not only what matters to them now but also more about what happened to them long ago.

Miranda and Adam are masterfully portrayed characters, intent upon understanding who they are in relation to who they were. A story about what first love means and how it is shattered, and the lessons old lovers may still have to share with each other many years later, The Love of My Youth is also a poignant look back at the hopes and dreams of a generation and what became of them.

Mary Gordon is the author of six previous novels, two memoirs, a short-story collection, and Reading Jesus, a work of nonfiction. She has received many honors, among them a Lila Wallace–Reader’s Digest Writers’ Award, a Guggenheim Fellowship, an O. Henry Award, an Academy Award for Literature from the American Academy of Arts and Letters, and the Story Prize. She is the State Writer of New York. Gordon teaches at Barnard College and lives in New York City.