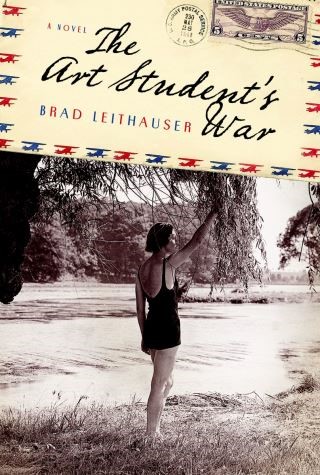 The Art Student's War is Brad Leithauser's finest novel to date, deeply moving in its portrayal of a young aspiring artist and her immigrant family during Detroit’s wartime heyday.

The year is 1943. Bianca Paradiso is a pretty and ambitious eighteen-year-old studying to be an artist while her bustling, thriving hometown turns from mass-producing automobiles to rolling out fighter planes and tanks. For Bianca, national and personal conflicts begin to merge when she is asked to draw portraits of the wounded young soldiers who are filling local hospitals. Suddenly she must confront lives maimed at their outset as well as her own romantic yearnings, and she must do so at a time when another war—a war within her own family—is erupting.

Brad Leithauser: Brad Leithauser was born in Detroit and graduated from Harvard College and Harvard Law School. He is the author of five previous novels, a novel in verse, five volumes of poetry, two collections of light verse, and a book of essays. Among his many awards and honors are a MacArthur Fellowship and, in 2005, the induction by the president of Iceland into the Order of the Falcon for his writings about Nordic literature. He is a professor in the writing seminars at Johns Hopkins University. He and his wife, Mary Jo Salter, divide their time between Baltimore, Maryland, and Amherst, Massachusetts.