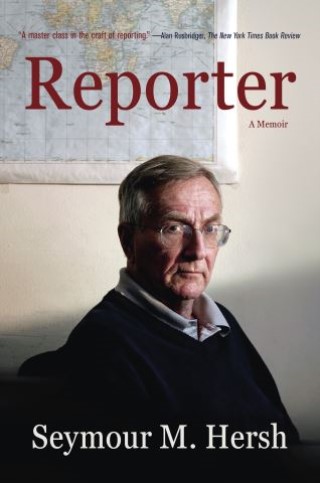 "Reporter is just wonderful. Truly a great life, and what shines out of the book, amid the low cunning and tireless legwork, is Hersh's warmth and humanity. This book is essential reading for every journalist and aspiring journalist the world over." —John le Carré

From the Pulitzer Prize-winning, best-selling author and preeminent investigative journalist of our time—a heartfelt, hugely revealing memoir of a decades-long career breaking some of the most impactful stories of the last half-century, from Washington to Vietnam to the Middle East.

Seymour Hersh's fearless reporting has earned him fame, front-page bylines in virtually every major newspaper in the free world, honors galore, and no small amount of controversy. Now in this memoir he describes what drove him and how he worked as an independent outsider, even at the nation's most prestigious publications. He tells the stories behind the stories—riveting in their own right—as he chases leads, cultivates sources, and grapples with the weight of what he uncovers, daring to challenge official narratives handed down from the powers that be. In telling these stories, Hersh divulges previously unreported information about some of his biggest scoops, including the My Lai massacre and the horrors at Abu Ghraib. There are also illuminating recollections of some of the giants of American politics and journalism: Ben Bradlee, A. M. Rosenthal, David Remnick, and Henry Kissinger among them. This is essential reading on the power of the printed word at a time when good journalism is under fire as never before.

Seymour M. Hersh: SEYMOUR M. HERSH has been a staff writer for The New Yorker and The New York Times. He established himself at the forefront of investigative journalism in 1970 when he was awarded a Pulitzer Prize for his exposé of the massacre in My Lai, Vietnam. Since then he has received the George Polk Award five times, the National Magazine Award for Public Interest twice, the Los Angeles Times Book Prize, the National Book Critics Circle Award, the George Orwell Award, and dozens of other awards. He lives in Washington, D.C.