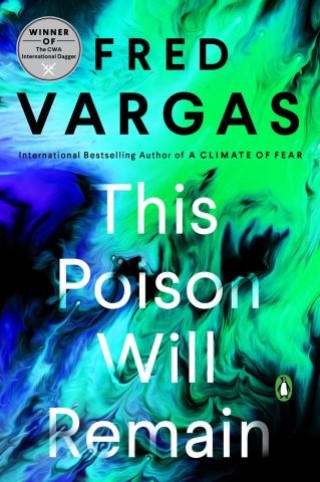 This Poison Will Remain

Commissaire Adamsberg investigates the death of three men linked by their childhood at an orphanage in Nimes, all killed by the venom of the recluse spider, in the new novel by the #1 bestselling French crime writer

A murder in Paris brings Commissaire Adamsberg out of the Icelandic mists of his previous investigation and unexpectedly into the region of Nîmes, where three old men have died of spider bites. The recluse has a sneaky attack, but is that enough to explain the deaths of these men, all killed by the same venom?

At the National Museum of Natural History, Adamsberg meets a pensioner who tells him that two of the three octogenarians have known each other since childhood, when they lived in a local orphanage called The Mercy. There, they had belonged to a small group of violent young boys known as the "band of recluses." Adamsberg faces two obstacles: the third man killed by the same venom was not part of the "band of recluses", and the amount of spider venom necessary to kill doesn't add up.

Yet after the Nîmes deaths, more members of the old band succumb to recluse bites, leading the commissaire to uncover the tragedy hidden behind the walls of the orphanage.

Fred Vargas: Fred Vargas was born in Paris in 1957. A historian and archaeologist by profession, she is now a bestselling novelist. Vargas was the winner of the inaugural British Crime Writers’ Association Duncan Lawrie International Dagger for her novel The Three Evangelists. Her books have sold over 10 million copies worldwide and have been translated into 45 languages.