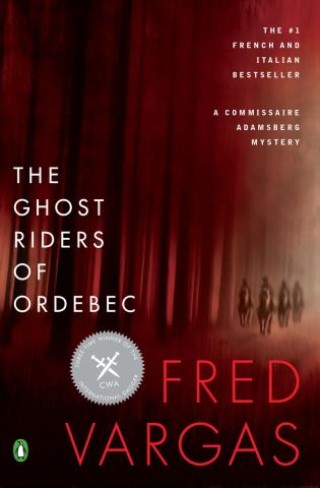 The Ghost Riders of Ordebec

As the chief of police in Paris’s seventh arrondissement, Commissaire Adamsberg has no jurisdiction in Ordebec. Yet, he cannot ignore a widow’s plea. Her daughter Lina has seen a vision of the Ghost Riders with four nefarious men. According to the thousand-year-old legend, the vision means that the men will soon die a grisly death. When one of them disappears, Adamsberg races to Ordebec, where he becomes entranced by the gorgeous Lina—and embroiled in the small Normandy town’s ancient feud.