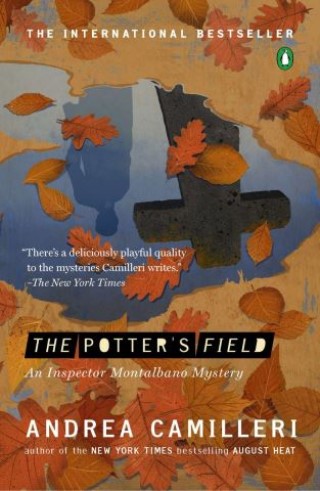 “You either love Andrea Camilleri or you haven’t read him yet. Each novel in this wholly addictive, entirely magical series, set in Sicily and starring a detective unlike any other in crime fiction, blasts the brain like a shot of pure oxygen. Aglow with local color, packed with flint-dry wit, as fresh and clean as Mediterranean seafood — altogether transporting. Long live Camilleri, and long live Montalbano.” A.J. Finn, #1 New York Times bestselling author of The Woman in the Window

Witty and entertaining, the Montalbano novels by Andrea Camilleri-a master of the Italian detective story-have become favorites of mystery fans everywhere. In this latest installment, an unidentified corpse is found near Vigàta, a town known for its soil rich with potter's clay. Meanwhile, a woman reports the disappearance of her husband, a Colombian man with Sicilian origins who turns out to be related to a local mobster. Then Inspector Montalbano remembers the story from the Bible-Judas's betrayal, the act of remorse, and the money for the potter's field, where those of unknown or foreign origin are to be buried-and slowly, through myriad betrayals, finds his way to the solution to the crime.