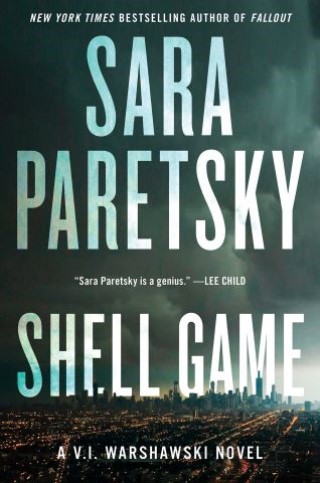 Acclaimed detective V. I. Warshawski tackles a pair of perplexing cases involving those closest to her in this compelling and timely adventure that centers on some of the most divisive and pressing issues of our time

When V. I Warshawski gets word that her closest friend and mentor Lotty Herschel’s nephew has become a suspect in a murder, the legendary detective will do everything she can to save him. The cops found Felix Herschel’s name and phone number on the unknown victim’s remains, but Felix insists he doesn’t know why.

As Vic digs deeper, she discovers that the dead man was obsessed with Middle Eastern archaeology—the first clue in a bewildering case that leads to a stolen artifact and a shadowy network of international criminals. But the trouble multiplies when Vic’s long-lost niece, Reno, goes missing. A beautiful young woman with a heartbreaking past and a promising future, Reno is harboring a secret that may cost her her life. V.I. can hear the clock ticking on her niece's safety and is frantic in her efforts to find her.

Vic won’t leave any stone unturned until these very personal cases are cleared—a complex investigation that will entangle the Russian mob, ISIS backers, rogue ICE agents, a nefarious corporation preying on the poor, and a shady network of stock scams and stolen antiquities stretching from Chicago to the East Indies and the Middle East.

In Shell Game, no one can be trusted and nothing is what it seems, except for the indomitable detective and her thirst for justice.