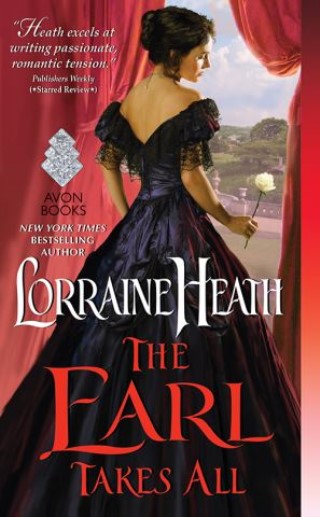 The Earl Takes All

A Hellions of Havisham Novel

One summer night, Edward Alcott gives in to temptation and kisses Lady Julia Kenney in a dark garden. However, the passion she stirs within him is best left in the shadows as she weds his twin, the Earl of Greyling. But when tragedy strikes, to honor the vow he makes to his dying brother, Edward must pretend to be Greyling until the countess delivers her babe.

After her husband returns from a two-month sojourn, Julia finds him changed. Bolder, more daring, and more wicked—even if he does limit their encounters to kisses. With each passing day, she falls more deeply in love.

For Edward the embers of desire sparked on that long-ago night are quickly rekindled. He yearns to be her husband in truth. But if she discovers his ruse, she will despise him—and English law prevents him from marrying his brother’s widow. Yet he must dare to risk everything and reveal his secrets if he is to truly take all.