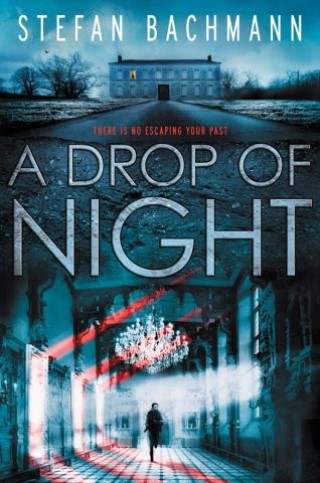 A Drop of Night

Modern-day teenagers meet a palace of terrors locked up since the French Revolution in this surprising and haunting thriller from Stefan Bachmann, the internationally bestselling author of The Peculiar and The Whatnot. A Drop of Night will thrill fans of Neal Shusterman and Jessica Khoury.

Seventeen-year-old Anouk has finally caught the break she’s been looking for—she’s been chosen to participate in an exclusive program that includes an all-expense-paid trip to France and a chance to explore the hidden underground Palais des Papillons, or Palace of Butterflies. Along with four other gifted teenagers, Anouk will be one of the first people to set foot in the palace in more than two hundred years. Bachmann’s masterful scene-building alternates between Anouk’s flight through the palace and the struggles of Aurelie, who escaped the French Revolution by fleeing into the Palais des Papillons in 1792.

Stefan Bachmann is the author of the internationally bestselling novel The Peculiar and its acclaimed sequel, The Whatnot. He was born in Colorado, spent most of his childhood in Switzerland, and is now studying modern music at the Zürich University of the Arts. When he’s not writing, he can be found traveling to someplace chilly, or holed up beneath his college in the dimly lit labyrinth of practice rooms, which may have inspired the subterranean scenes in A Drop of Night. That . . . and the Paris catacombs, a weird dream about a golden corridor, and a general interest in history.