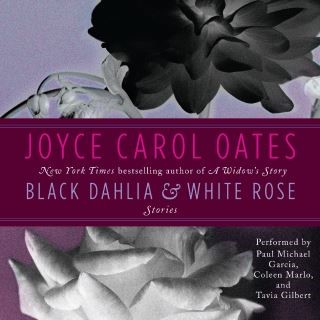 “A mesmerizing storyteller who seems almost unnaturally able to enter the tormented inner lives of her characters.”
—Denver Post

Black Dahlia & White Rose is a brilliant collection of short fiction from National Book Award winner and New York Times bestselling author Joyce Carol Oates, one of the most acclaimed writers of our time.  These stores, at once lyrical and unsettling, shine with the author’s trademark fascination with finding the unpredictable amidst the prosaic—from her imaginative recreation of  friendship between two tragically doomed young women (Marilyn Monroe and Elizabeth Short), to the tale of an infidelity as deeply human as it is otherworldly. Black Dahlia & White Rose is a major offering from one of the most important artists in contemporary American literature; a superb collection that showcases Joyce Carol Oates’s ferocious energy and darkly imaginative storytelling power.

Joyce Carol Oates is a recipient of the National Medal of Humanities, the National Book Critics Circle Ivan Sandrof Lifetime Achievement Award, the National Book Award, and the PEN/Malamud Award for Excellence in Short Fiction, and has been several times nominated for the Pulitzer Prize. She has written some of the most enduring fiction of our time, including the national bestsellers We Were the Mulvaneys, Blonde, which was nominated for the National Book Award, and the New York Times bestseller The Falls, which won the 2005 Prix Femina. Her most recent novel is A Book of American Martyrs. She is the Roger S. Berlind Distinguished Professor of the Humanities at Princeton University and has been a member of the American Academy of Arts and Letters since 1978.