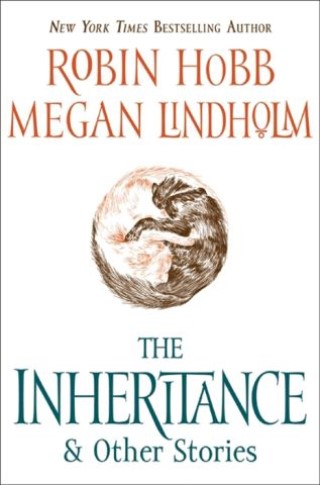 “One of the most important writers in 21st-Century fantasy.”
—Contra Costa Times

The Inheritance & Other Stories is a marvelous new collection of short fiction from New York Times bestselling master storyteller Robin Hobb—including tales written under the pseudonym Megan Lindholm, by which the acclaimed fantasist first began her illustrious writing career. Included in this essential volume are Hugo and Nebula Award-nominated short masterworks, as well as brand new tales and the never before published in the U.S. title story—a unique compendium of wonders displaying the breathtaking skill, imagination, and remarkably varied styles of both alter egos.

Robin Hobb was born in California but grew up in Alaska. It was there that she learned to love the forest and the wilderness. She has lived most of her life in the Pacific Northwest and currently resides in Tacoma, Washington. She is the author of five critically acclaimed fantasy series: The Rain Wilds Chronicles (Dragon Keeper, Dragon Haven, City of Dragons, Blood of Dragons), The Soldier Son Trilogy, The Tawny Man Trilogy, The Liveship Traders Trilogy, and The Farseer Trilogy. Under the name Megan Lindholm she is the author of The Wizard of the Pigeons, Windsingers, and Cloven Hooves. The Inheritance, a collection of stories, was published under both names. Her short fiction has won the Asimov's Readers' Award and she has been a finalist for both the Nebula and Hugo awards.

Robin Hobb / Megan Lindholm was born in California, grew up in Alaska, and currently lives in Tacoma, Washington. As Robin Hobb, she is the author of fourteen novels and numerous shorter works. Megan Lindholm has published nine novels; her short fiction has won the Asimov's Readers' Award and been a finalist for both the Nebula and Hugo awards.