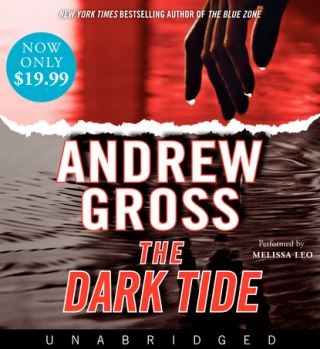 From the New York Times bestselling author of The Blue Zone comes this second mesmerizing thriller about a woman who must unravel the secrets from her dead husband's past.

Months later, two men show up at Karen's home digging into Charles' business dealings. Hundreds of millions of dollars are missing—and the trail points squarely to Charles. Suddenly Karen, with Hauck, steps into a widening storm of hedge fund losses, international scams and murder. And as the investigations converge, these two strangers are pulled into a twisted—and deadly—conspiracy. With its breakneck pacing, plentiful twists, compelling characters, and abundant heart, The Dark Tide confirms Andrew Gross' place as a master storyteller at the top of his game.

Andrew Gross is the author of the New York Times and international bestsellers Everything to Lose, No Way Back, 15 Seconds, Eyes Wide Open, Reckless, Don't Look Back, The Dark Tide, and The Blue Zone. He is also coauthor of five number one bestsellers with James Patterson, including Judge & Jury and Lifeguard. His books have been translated into more than twenty-five languages.

Melissa Leo is best known as Detective Kay Howard on NBC's Homicide: Life on the Street, and the role of Emma on The Young Riders. She was nominated for a Daytime Emmy® for her role as Linda Warner on All My Children. Ms. Leo has guest starred on numerous television series including Law & Order, Legacy, The Equalizer, Spencer for Hire and Gideon Oliver. Her television movies include Carolina Skeletons, Scarlett and The Incident.