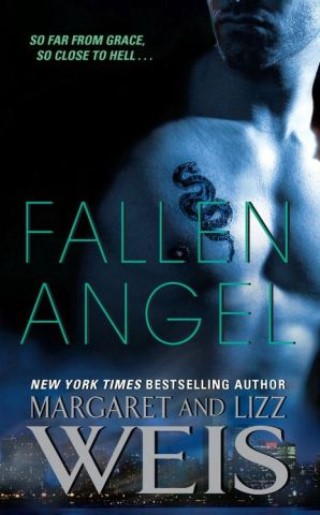 He thought he'd never find heaven again . . . until he met her.

Matthew Gallow is a fallen angel, cast out of heaven for daring to disbelieve. Furious, frustrated, and empty, he roams the earth, pretending to cast out demons and preserve souls. He doesn't have faith in anything—or anyone—until the night he nearly dies fighting a true fiend. His whole world is shaken. And when he meets Natalia, he isn't sure if he can trust her...or the attraction he feels for her.

Natalia works for Cain, a rocker living on the edge, and she invites Matthew to be a part of his wild stage show. It's perfect—an exorcism for a man who says he's sold his soul to the devil. Only Cain really is in league with Lucifer, and all mankind is at risk. Matthew never before cared whether or not the world went to hell. But as his passion for Natalia grows, he'll fight to the death to rescue her from evil's grasp...and realize that love is the one thing that can save a fallen angel.

Margaret Weis is a New York Times bestselling author. Her Dragonlance® series has sold over twenty million copies worldwide, and the first book in thatseries, Dragons of Autumn Twilight, is being made into an animated film by Paramount Pictures. Warrior Angel is her first venture into romance, and it has been an exciting one. She has particularly enjoyed writing with her daughter, Lizz Weis, a former novel editor.

Lizz Weis is a former novel editor, who currently works in the financial industry. Lizz lives in Milwaukee, Wisconsin, with her pet rabbit Terry.