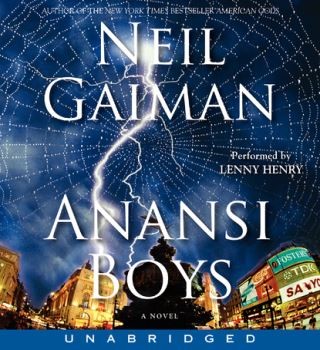 In this #1 New York Times bestseller, Neil Gaiman returns to the territory of his masterpiece, American Gods (soon to be a Starz Original Series) to once again probe the dark recesses of the soul.

God is dead. Meet the kids.

Fat Charlie Nancy’s normal life ended the moment his father dropped dead on a Florida karaoke stage. Charlie didn’t know his dad was a god. And he never knew he had a brother. Now brother Spider is on his doorstep—about to make Fat Charlie’s life more interesting . . . and a lot more dangerous.

“Awesomely inventive.… When you take the free-fall plunge into a Neil Gaiman book, anything can happen and anything invariably does.”

“Delightful, funny and affecting.... A tall tale to end all tall tales.”

Neil Gaiman is the #1 New York Times bestselling author of more than twenty books, including Norse Mythology, Neverwhere, and The Graveyard Book. Among his numerous literary awards are the Newbery and Carnegie medals, and the Hugo, Nebula, World Fantasy, and Will Eisner awards. Originally from England, he now lives in America.

Lenny Henry began his career in the entertainment industry in 1975 and since then has gone on to appear in such programs as The Lenny Henry Show and Chef. Lenny loves working with Neil Gaiman because he gets free books and comics!