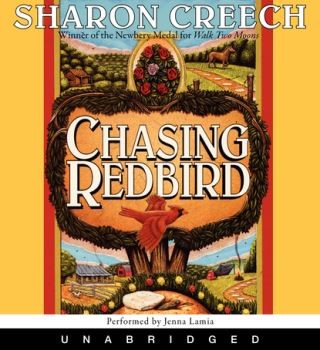 It started out as an ordinary summer. But the minute thirteen-year-old Zinny discovered the old, overgrown trail that ran through the woods behind her family’s house, she realized that things were about to change.

It was her chance to finally make people notice her, and to have a place she could call her very own. But more than that, Zinny knew that the trail somehow held the key to all kinds of questions. And that the only way to understand her family, her Aunt Jessie’s death, and herself, was to find out where it went.

From Newbery Medal-winning author Sharon Creech comes a story of love, loss, and understanding, an intricately woven tale of a young girl who sets out in search of her place in the world—and discovers it in her own backyard.

An ALA Best Book for Young Adults

Sharon Creech has written twenty-one books for young people and is published in over twenty languages. Her books have received awards in both the U.S. and abroad, including the Newbery Medal for Walk Two Moons, the Newbery Honor for The Wanderer, and Great Britain’s Carnegie Medal for Ruby Holler.

Before beginning her writing career, Sharon Creech taught English for fifteen years in England and Switzerland. She and her husband now live in Maine, “lured there by our grandchildren,” Creech says.