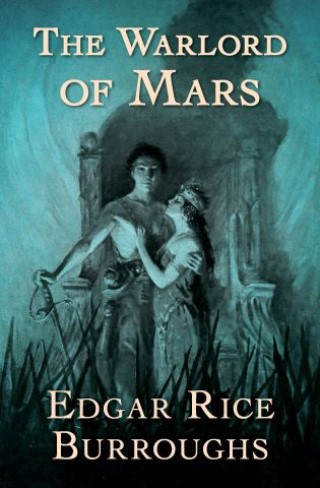 The Warlord of Mars

John Carter pursues his kidnapped wife, the Martian princess Dejah Thoris, across the perilous red planet in this thrilling sequel to The Gods of Mars.

When Dejah Thoris is finally freed from the Temple of the Sun, new perils await her at the hands of her liberators. Along with Princess Thuvia of Ptarth, Dejah is immediately taken prisoner by the nefarious Matai Shang and his daughter Phaidor. Though John Carter is close on their trail, they escape from the south pole of Mars by heading into uncharted regions.

As he pursues them to the equatorial Land of Koal and onward to the dangerous realms of the north pole, Carter battles fearsome monsters and discovers a forgotten race of yellow Martians. Before his adventure is over, his many feats of bravery and skill will have earned him the title Warlord of Barsoom.

Edgar Rice Burroughs:
Edgar Rice Burroughs was an American fiction writer best known for his celebrated and prolific output in the adventure and science-fiction genres. Among the most notable of his creations are the jungle hero Tarzan, the heroic Mars adventurer John Carter, and the fictional landmass within Earth known as Pellucidar.