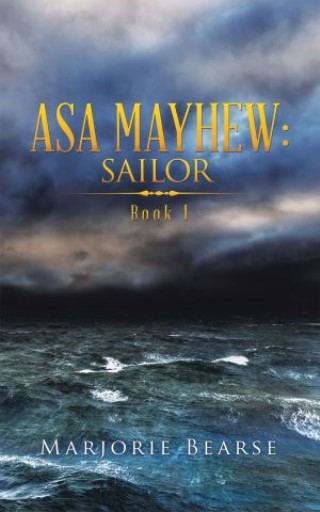 Heavy as slate, a slit of sky disappeared below the horizon as an ink-black sea swept over the bow. As the ship buffeted mountainous waves, a ghostly figure in a white nightshirt appeared, pitching toward the gunnel… Captain James slipped like an eel from his wet hands and tipped over the gunnel into the raging sea. Drowning in sorrow, Chief Mate Asa Mayhew has lost his mentor, brother, and best friend. No stranger to bereavement, he must suppress his grief to guide the ship and crew out of the storm and safely home. His inner turmoil takes place as the world is in upheaval. The year is 1915. Enormous technological changes with the invention of the automobile, airplane, and horrible new weapons of war contribute to societal changes as empires fall and a generation dies on the battlefield. Sailor is the first in a series of books about Asa Mayhew. With the United States on the brink of joining the Great War, how will he navigate the treacherous shoals? Will he continue to risk his heart, and his life, in a dangerous and painful world? Join him on his voyage into the tumultuous beginnings of a new century.