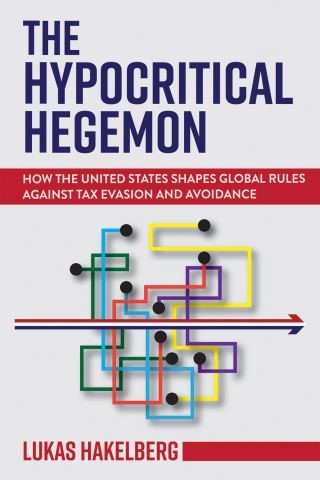 In The Hypocritical Hegemon, Lukas Hakelberg takes a close look at how US domestic politics affects and determines the course of global tax policy. Through an examination of recent international efforts to crack down on offshore tax havens and the role the United States has played, Hakelberg uncovers how a seemingly innocuous technical addition to US law has had enormous impact around the world, particularly for individuals and corporations aiming to avoid and evade taxation.

Through bullying and using its overwhelming political power, writes Hakelberg, the United States has imposed rules on the rest of the world while exempting domestic banks for the same reporting requirements. It can do so because no other government wields control over such huge financial and consumer markets. This power imbalance is at the heart of The Hypocritical Hegemon.