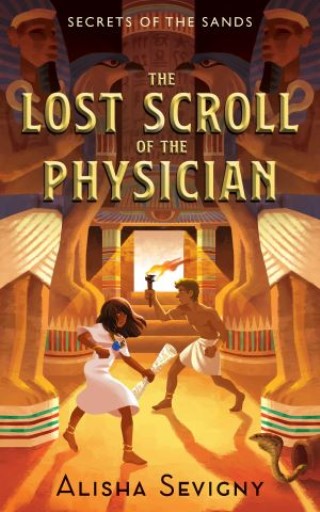 The Lost Scroll of the Physician

Sesha must race to find a priceless scroll before time runs out.

After a brutal fire takes their parents’ lives, Sesha and Ky, children of the pharaoh’s royal physician, are left charming snakes and stealing food to survive. Unsure of who to trust, the pair are found and brought back to the palace, where the pharaoh tasks Sesha with finding a rare medical document her father was transcribing. But are the royals hiding something?

Befriended by a fellow scribe and a young princess, Sesha navigates palace intrigue and temple treachery while urgently seeking the valuable papyrus. For the scroll doesn’t just have the power to keep the pharaoh’s army alive and reveal the secrets around her parents’ death — it may be the only thing that can save Ky’s life.