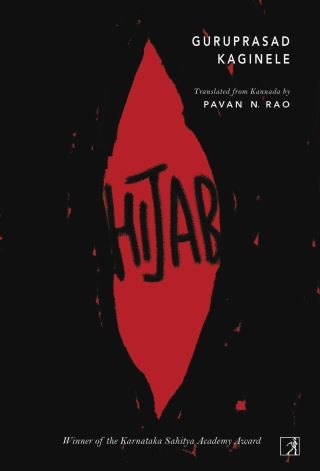 Three Indian doctors find themselves practising at a hospital in Amoka, a nondescript town in Minnesota, waiting for their green cards. What is expected to be an easy practice in a backwater town soon turns into a difficult question about identity, immigration and belonging, in this award-winning novel first published in Kannada.

When a Sanghaali refugee woman refuses to deliver her baby via the Caesarean section despite doctors' advice, her act snowballs into a larger conundrum that brings to light cultural differences that may not be necessarily resolved with reason. As the doctors try to break down whether migrants can leave behind their culture in a new land, the conflict with the Sanghaalis reaches new heights. Reality TV, immigration issues, and racial profiling all converge in this little town that is struggling to adapt to the demographic shifts around it.

A story about the dystopias that migration induces, Hijab is a powerful fable about one of the most burning issues of our time. How does one conform in a culture that is itself made of remnants from other cultures? Is identity skin-deep, or does it go beyond one's colour? And finally, what does being a migrant truly mean?

Guruprasad Kaginele:
A doctor by profession, Guruprasad Kaginele has been a prominent voice in contemporary Kannada literature. He has published three short story collections, three novels, and two essay collections. He has also been the editor for two books published by the US based ‘Kannada Saahithya Ranga’. His short stories have been translated into Telugu, Konkani, Malayalam and English. Hijab (first published in 2017) received both popular and critical acclaim, including the 2017 Karnataka Sahitya Academy Award. Kaginele lives in Rochester, Minnesota with his family.