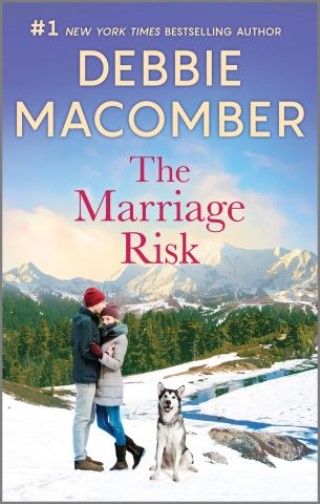 When Lanni Caldwell was given the opportunity to visit her grandmother’s home in Hard Luck, Alaska, she knew she had to take it. After all, she’d grown up in Anchorage, which made her accustomed to the long Alaskan winters that living in Hard Luck would bring. But while she was prepared for snow and small-town hospitality, she couldn’t even imagine the family secrets she’d uncover…

Charles O’Halloran was the surveyor and not-so-silent partner in Midnight Sons, a bush-plane charter service whose goal is to bring more people to the town. Like his brothers, he has a distrust of romance in general—and a distrust of anyone related to Catherine Harmon Fletcher, the woman who did so much to destroy his parents’ marriage.

As their stories become entwined, Lanni and Charles can’t help falling for each other. But will the family history they unearth prevent them from reaching their happily-ever-after?

Debbie Macomber: Debbie Macomber is a #1 New York Times bestselling author and a leading voice in women’s fiction worldwide. Her work has appeared on every major bestseller list, with more than 170 million copies in print, and she is a multiple award winner. The Hallmark Channel based a television series on Debbie’s popular Cedar Cove books. For more information, visit her website, www.debbiemacomber.com.