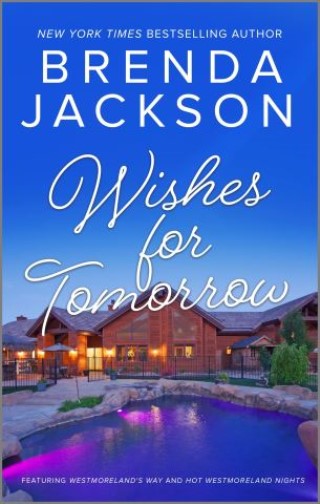 A Westmoreland man always gets what he wants! Follow the Denver Westmoreland clan in these two classic, fan-favorite novels from New York Times bestselling author Brenda Jackson — collected here in one volume!

There was a secret to real-estate tycoon Dillon Westmoreland’s heritage—and business owner Pamela Novak had the key. Though the raven-haired beauty was ensnared by a shifty fiancé, Dillon—eldest of the Denver Westmoreland clan—couldn’t resist a mind-blowing night in her arms. And after that incredible passion… Well, once a Westmoreland claimed the woman he wanted, he wouldn’t let anything tear them apart!

He knew better than to lust after the hired help. But Ramsey Westmoreland’s new cook was just so delectable…it was enough to make the Denver rancher rethink his rules. When temptation got the best of him, he discovered Chloe Burton was just as hot in the bedroom as she was in the kitchen.

Though their affair was growing steamier by the minute, Ramsey couldn’t help but question Chloe’s true motives. And when he discovered her ultimate betrayal, he was set to satisfy himself with cold showers. Until he realized his fatal mistake: never underestimate the power of the human heart, especially a Westmoreland’s.

Brenda Jackson: Brenda Jackson is a New York Times bestselling author of more than one hundred romance titles. Brenda lives in Jacksonville, Florida, and divides her time between family, writing and traveling. Email Brenda at authorbrendajackson@gmail.com or visit her on her website at brendajackson.net.