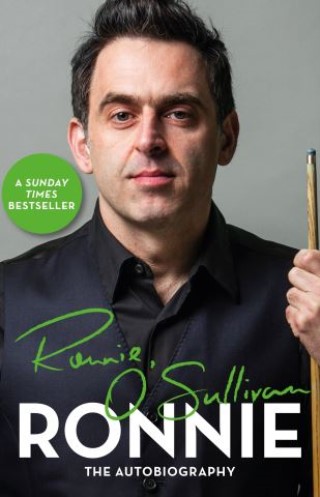 The Autobiography of Ronnie O'Sullivan

Ronnie is snooker's most written and talked about player, and its greatest showman.

A honest and candid account of his extraordinary life, Ronnie tells of the infant who was introduced to legendary snooker clubs at an impossibly early age; of the boy who frightened off the bookies aged just 12; of the teenager whose life was decimated when his father and mentor was sent to prison for life; and of the man dubbed the 'genius' of the modern game who regularly threatened to quit the sport to pursue other interests at the grand old age of 28.

'O'Sullivan is as frank about his spell in the Priory clinic as he is about his father's murder conviction. His accounts of snooker tournaments and sketches of the sport's personalities will fascinate fans, but even snooker haters will be rooting for Ronnie in the game of life' - OK!