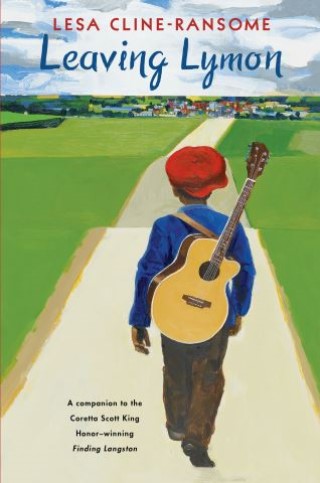 A companion novel to Finding Langston, recipient of a Coretta Scott King Writing Honor and winner of the Scott O'Dell Award for Historical Fiction.

Behind every bad boy is a story worth hearing and at least one chance for redemption. It's 1946 and Lymon, uprooted from his life in the Deep South and moved up North, needs that chance.

Lymon's father is, for the time being, at Parchman Farm--the Mississippi State Penitentiary--and his mother, whom he doesn't remember all that much, has moved North. Fortunately, Lymon is being raised by his loving grandparents. Together, Lymon and his grandpops share a love of music, spending late summer nights playing the guitar.

But Lymon's world as he knows it is about to dissolve. He will be sent on a journey to two Northern cities far from the country life he loves--and the version of himself he knows. In this companion novel to the Coretta Scott King Honor wining Finding Langston, readers will see a new side of the bully Lymon in this story of an angry boy whose raw talent, resilience, and devotion to music help point him in a new direction.


Praise for Finding Langston, a Coretta Scott King Honor Book and winner of the Scott O'Dell Award for Historical Fiction

"There aren't any explosions in this spare story. Nor is there a happy ending. Instead, Langston discovers something more enduring: solace."--The New York Times

* "This is a story that will stay with readers long after they've finished it."--School Library Journal, Starred Review

* "The impact on the reader could not be more powerful. A memorable debut novel."--Booklist, Starred Review

* "A fascinating work of historical fiction . . . Cline-Ransome at her best."--Kirkus Reviews, Starred Review

* "Finding Langston is about cultural heritage and personal growth and, at its heart, about finding home wherever you land."--Shelf Awareness, Starred Review

Lesa Cline-Ransome: Lesa Cline-Ransome is the author of almost twenty books for young readers. Her work has received a plethora of honors, including dozens of starred reviews, NAACP Image Award nominations, Coretta Scott King Honors, and a Christopher Award, and has been named to ALA Notable Books and Bank Street Best Children's Books lists. She lives in Rhinebeck, NY, with her husband and collaborator James E. Ransome.