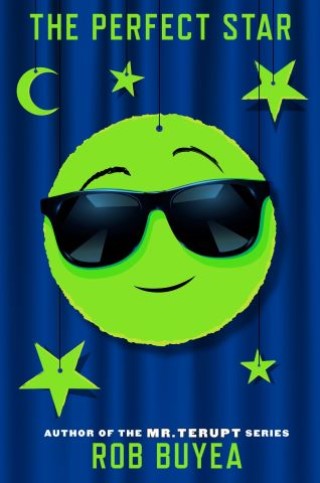 Return to Lake View Middle School in the third book of the PERFECT SCORE series from the beloved author of Because of Mr. Terupt.

Eighth grade promises to be an unforgettable year of tears, laughter, surprises, and star power.

GAVIN's days of football glory have arrived, but an accident on the home front upends his family. Ever enterprising, NATALIE anchors a morning news broadcast at school--where she's unafraid to tackle big issues. Being on the outs with his best friend sucks, but the more TREVOR tries to patch things up, the worse things get. Sidelined with a gymnastics injury, RANDI develops a bad attitude and worries that her mom's new boyfriend means changes she won't like. SCOTT discovers hidden talents . . . and becomes a secret weapon on and off the football field.

It's the final year of middle school--a time to play hard, smart, and together!

Rob Buyea: ROB BUYEA taught third and fourth graders for six years; then he taught high school biology and coached wrestling for seven years. Currently, he is a full-time writer and lives in Massachusetts with his wife and daughters. He is the author of The Perfect Secret, the sequel to The Perfect Score. His first novel, Because of Mr. Terupt, was selected as an E. B. White Read Aloud Honor Book and a Cybils Honor Book. It has also won seven state awards and was named to numerous state reading lists. Mr. Terupt Falls Again and Saving Mr. Terupt are companion novels to Because of Mr. Terupt. Visit him online at robbuyea.com and on Facebook, and follow @RobBuyea on Twitter.