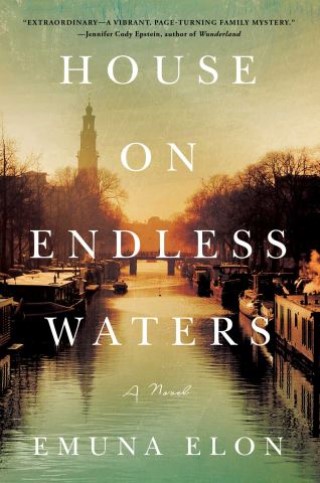 “Elon powerfully evokes the obscurity of the past and its hold on the present, as we stumble through revelation after revelation with Yoel. As we accompany him on his journey...we share in his loss, surprise and grief, right up to the novel’s shocking conclusion.” —The New York Times Book Review

In the tradition of The Invisible Bridge and The History of Love, comes an exquisitely moving novel about a writer who discovers the truth about his mother’s wartime years in Amsterdam, unearthing a shocking family secret that becomes the subject of his magnum opus.

At the behest of his agent, renowned author Yoel Blum reluctantly agrees to visit his birthplace of Amsterdam to promote his books, despite promising his late mother that he would never return to that city. While touring the Jewish Historical Museum with his wife, Yoel stumbles upon footage portraying prewar Dutch Jewry and is astonished to see the youthful face of his beloved mother staring back at him, posing with his father, his older sister…and an infant he doesn’t recognize.

This unsettling discovery launches him into a fervent search for the truth, shining a light on Amsterdam’s dark wartime history—the underground networks that hid Jewish children away from danger and those who betrayed their own for the sake of survival. The deeper into the past Yoel digs to tell the story of his life, the better he understands his mother’s silence, and the more urgent the question that has unconsciously haunted him for a lifetime—Who am I?—becomes.

Part family mystery, part wartime drama, House on Endless Waters is an unforgettable meditation on identity, belonging, and the inextricable nature of past and present.

Emuna Elon: Emuna Elon is an internationally bestselling, critically acclaimed novelist, journalist, and women’s activist. Born to a family of prominent rabbis and scholars, she was raised in Jerusalem and New York. She teaches Judaism, Hasidism, and Hebrew literature. Her first novel translated into English, If You Awaken Love, was a National Jewish Book Award finalist.