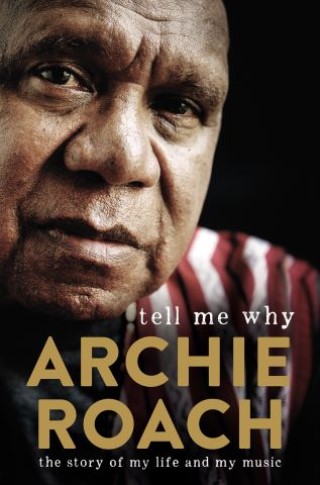 The Story of My Life and My Music

A powerful memoir of a true Australian legend: stolen child, musical and lyrical genius, and leader.

Not many have lived as many lives as Archie Roach – stolen child, seeker, teenage alcoholic, lover, father, musical and lyrical genius, and leader – but it took him almost a lifetime to find out who he really was.

Roach was only two years old when he was forcibly removed from his family. Brought up by a series of foster parents until his early teens, his world imploded when he received a letter that spoke of a life he had no memory of.

In this intimate, moving and often shocking memoir, Archie’s story is an extraordinary odyssey through love and heartbreak, family and community, survival and renewal – and the healing power of music. Overcoming enormous odds to find his story and his people, Archie voices the joy, pain and hope he found on his path through song to become the legendary singer-songwriter and storyteller that he is today – beloved by fans worldwide.

Tell Me Why is a stunning account of resilience and the strength of spirit – and of a great love story.

Shortlisted for the Victorian Premier’s Literary Awards, Non-Fiction
Archie Roach is the 2020 VIC Australian of the Year

‘Just like his early songs, Tell Me Why was written with empathy as its impetus and that intent shines through on every page. This is a phenomenal work by one of the most articulate and recognisable members of the Stolen Generations. It will be read, studied and discussed for many years to come.’ The Australian

‘Archie’s deeply resonant voice sings out – of a broken country and a life renewed. The voice of Australia.’ Daniel Browning, ABC journalist and producer