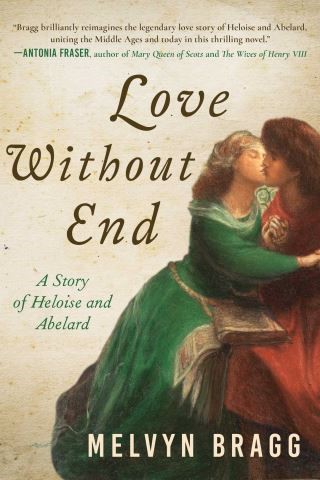 A Story of Heloise and Abelard

The Timeless Romance of Heloise and Abelard Is Given New Life in this Poignant Novel by an Award-Winning Author, for Fans of Philippa Gregory and Elizabeth Chadwick

The tale Heloise and Abelard has captivated the attentions of romantics since the twelfth century. Heloise was a woman beyond her time: educated, fierce, and unafraid to be herself. When Peter Abelard, a radical philosopher determined to reform the archaic practices of the Church from within, becomes her private tutor, the attraction is overwhelming. Their passionate love affair soon becomes dangerous, as enemies and opportunists hide in every shadow.

In the twenty-first century, Arthur, a historian and author, roams the city of Paris to step into the shoes of Peter Abelard, to understand his true reasoning for abandoning Heloise. Needing to discuss his hypothesis and hoping to reconcile, Arthur invites his estranged daughter, Julia, to join him in the city of lights. But Julia could care less about lovers long dead; she is on a mission to discover the truth about her parents, and why her father left.

Told in alternating narratives that transcend centuries, Love Without End delivers an unflinching look into relationships, fractured and whole, to discover the true nature of love in all its forms.

Melvyn Bragg: Melvyn Bragg is a writer and broadcaster and the author of numerous novels, including the trilogy The Soldier’s Return, A Son of War, and Crossing the Lines, published by Arcade. He has won the Time/Life Silver Pen Award, the John Llewellyn Rhys Prize, the WHS Smith Literary Award, and has been longlisted for the Man Booker Prize twice. He has also written several works of non‑fiction, including The Book of Books about the King James Bible, and The Adventures of English, also published by Arcade. He lives in London and Cumbria.