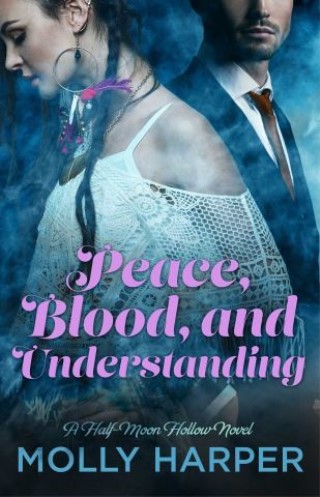 The “enchanting” (Publishers Weekly) Jane Jameson series returns with this fun and witty paranormal romance following a vampire consultant who has nefarious plans to oust Jane from her role as the head of Half-Moon Hollow’s vampire council.

Ever since Jane Jameson took over running the Vampire Council for Half-Moon Hollow, things have been a little unorthodox and that doesn’t sit well with the head office. Who would have thought vampires were so into bureaucracy and tradition?

Enter a vamp from corporate who’s determined to unseat Jane and get the council back on track—which means no more of this Kentucky neighborliness and mixing with humans, werewolves, witches, or anything else.

But Jane’s not interested in going back to the bad old days when the council was mired in corruption and tended to “accidentally” eat people now and again, but she might be in over her head this time. Good thing there’s a pretty new face in town who just might be the perfect distraction and help save Jane’s career.

Molly Harper: Molly Harper is the author of two popular series of paranormal romance, the Half-Moon Hollow series and the Naked Werewolf series. She also writes the Bluegrass ebook series of contemporary romance. A former humor columnist and newspaper reporter, she lives in Michigan with her family, where she is currently working on the next Southern Eclectic novel. Visit her on the web at MollyHarper.com.