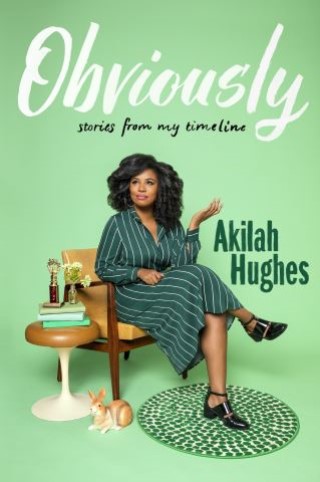 Stories from My Timeline

"A refreshingly funny and blisteringly unsentimental coming-of-age memoir." -John Green, #1 New York Times bestselling author of Turtles All The Way Down and The Fault in Our Stars

In Akilah Hughes's world, family--and life--are often complicated, but always funny. Through intimate and hilarious essays, Akilah takes readers along on her journey from the small Kentucky town where she was born--and eventually became a spelling bee champ and 15-year-old high school graduate--to New York City, where she took careful steps to fulfill her dream of becoming a writer and performer. Like Tiffany Haddish's The Last Black Unicorn or Mindy Kaling's Is Everyone Hanging Out Without Me? for the YA set, Akilah pens revealing and laugh-out-loud funny essays about her life, covering everything from her racist fifth grade teacher, her struggles with weight and acne, her failed attempts at joining the cheerleading team, how to literally get to New York (hint: for a girl on a budget, it may include multiple bus transfers) and exactly how to "make it" once you finally get there.

Akilah Hughes: Akilah Hughes is a writer, comedian, and YouTuber residing in Brooklyn, NY. She's been a digital correspondent for MTV, Fusion, Comedy Central, Crooked Media, and more. A Sundance Labs Fellow, Akilah most recently appeared on the HBO series special Pod Save America. Her comedic YouTube channel, "It's Akilah, Obviously!" has amassed more than 150,000 subscribers. Find her on Twitter @AkilahObviously or on Instagram @akilahh.